Internet Download Manager (IDM) is a popular tool for managing downloads online.  It has several useful options, such as accelerated downloading with resuming support, recurring downloads, web-page video capture, and much more.

You can save a lot of time with IDM because it increases download speed by a factor of 5 and can resume incomplete downloads on your computer. Downloads may be resumed where they left off with Internet Download Manager (IDM), saving you time if your computer or internet connection suddenly goes down.

You may have been searching for an IDM replacement, thinking it will be free and compatible with all your devices and operating systems. In such a case, you have found the correct spot to be. Whether you’re using a Windows computer, a Mac, or a Linux computer. In this article, you will get the best free IDM alternatives.

We have compiled a list of the best alternatives to Internet Download Manager. You’ll find both stand-alone apps and Chrome and Firefox add-ons on this list. The table above will allow you to quickly scan this full list or jump directly to the software.

It has the same functionality as the Internet Download Manager (IDM), such as accelerated downloading and the ability to resume interrupted downloads. The fact that it works on Android is a bonus.

One of the features of Free Download Manager (FDM) has piqued our interest. Simply add Magnet links or Torrent files to use it as a BitTorrent client.

Even though it wouldn’t take up any extra room, having it built in is a nice touch. While it may not have a built-in function for collecting videos, it does display download options if you enter a YouTube URL.

Another excellent option for IDM is EagleGet. It’s portable, lightweight, and easy to operate. Features similar to those found in Internet Download Manager (IDM) are included in this alternative.

EagleGet’s ability to scan downloaded files for viruses without needing a separate anti-virus tool is one of its strongest features.

It supports importing the download list from other download managers, making it easy to switch. More so, it allows you to restart downloads that have already stalled.

You can import from IDM or any other download manager while EagleGet finishes any outstanding downloads. Without a shadow of a doubt, it is a superior option over the standard IDM.

You may pause and resume downloads, limit the amount of data you can download at once, and customize the interface using skins. Like Internet Download Manager, JDownloader 2 supports multiple languages.

In addition to sharing several features with Internet Download Manager, JDownloader has its own built-in CAPTCHA solver. You may get JDownloader for Windows, Linux, Mac, and any other OS that supports Java.

As someone who favors free and open-source software, I can say that this download manager exceeds my expectations. Available on a wide variety of devices, Persepolis performs admirably across the board.

Because it has a dedicated user base, it boasts many useful extras that will streamline your routine while you’re using it regularly.

Persepolis add-ons for Mozilla Firefox and Google Chrome, for instance, work nicely with the game. As a result, you can now save videos in any of their accessible qualities.

In addition, the software can detect your proxy settings automatically based on your operating system, and you may use that setting to speed up your downloads and schedule them.

Motrix is the latest member of the group of download managers. To begin, it has a simple and streamlined user interface. The download speeds are comparable to those of IDM and come with a host of extra functions.

Features such as UPnP and NAT-PMP port mapping, simultaneous downloads for up to ten users, support for 64 threads, and much more are included.

It also has increased support for magnet and torrent files. The finest element is that it comes with a Dark Mode, a feature most download managers lack.

You may see some hiccups while using Motrix, as it is still in beta. Motrix works with Windows, macOS, and Linux. If Motrix ever leaves beta, it has the potential to be a formidable competitor to IDM.

uGet Download Manager is another IDM alternative that many users adore. It debuted in 2003 and is compatible with the Linux OS. After its great success on Linux OS, the demand for other operating systems surged too.

This download manager is a great alternative to Internet Download Manager because it shares many of the same minor features. It’s possible to manage many downloads simultaneously, set download schedules, continue and halt downloads, and much more.

Since it’s open-source software, the source code published to SourceForge ensures it is safe to download. Unlike IDM, it doesn’t cost anything and is available for multiple platforms, Android included.

In addition to IDM, Xtreme Download Manager supports various platforms. The claim that it can increase download speeds by up to 500% is amazing. Included are standard features such as a resume function and web browser integration.

The XDM software is also useful for organizing your downloads into folders. Locating any downloaded file is easy, as everything is neatly organized.

The software’s user interface is generally dependable, despite its low resource requirements. Xtreme Download Manager is a great alternative if you don’t want to spend any money but still need a download manager.

The DownThemAll! extension is available for Firefox users. Despite being an extension. It has many of the same capabilities as Internet Download Manager (IDM), including the ability to download with a single click, to download selectively (using filters), to speed up downloads by up to four times, and to resume interrupted downloads.

DownThemAll! Unlike the Windows-only IDM, can be used on any system where Firefox is available. Try this one out if you don’t need a dedicated download manager.

One of the greatest free IDM substitutes is Turbo Download Manager. The best feature is undoubtedly the ability to use many download threads at once, greatly increasing the rate at which data may be obtained.

IDM-like functionalities, such as pausing and resuming downloads, are included. In addition to its many other benefits, Download Accelerator Plus’s preview functionality for media files is a great addition.

The software is free to use and modify, and its source code may be seen on Github. When you download something from SourceForge, you may rest assured that it is free of malicious software or other viruses.

If you require Mac-only software, Folx is a good option besides IDM. You can trust it to handle many downloads efficiently.

With its built-in compatibility with Apple’s Silicon, you can enjoy top performance without sacrificing battery life. However, Folx is a paid tool. Therefore, access to certain capabilities requires payment.

The good news is that Folx Download Manager fits in perfectly with macOS. There will be no errors or broken downloads to worry about. 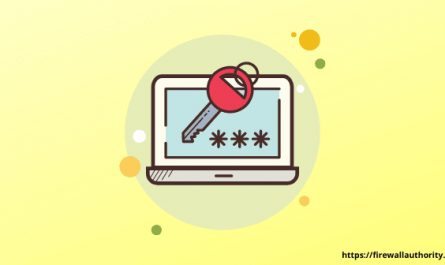