Do you want to give the Windows desktop a new appearance that you’ve customized? Check out some of the Best Free Windows 7 Themes & Skins that you may utilize.

Since Windows 7 is so popular and works well, many people haven’t upgraded to newer versions of Microsoft’s operating system. Despite its efficiency and simplicity of use, the mind might tire of the same screen and interface after a while.

Honestly, if something isn’t updated regularly, no one will want to keep using it. Because of this, we have compiled a list of the best Windows 7 themes and Skin to help you fix your computer’s desktop and inject some visual design flair into it.

For each version of Windows, Microsoft offers a variety of skins to choose from. Check out the best free Windows 7 themes if unsatisfied with the pre-installed selections.

This Windows 7 theme, known as TransLucent, is a simplified alternative to the default appearance of the operating system.

It blends a lightweight aesthetic with enough functionality by using design aspects from the macOS operating system as well as the core of the Windows 7 operating system.

For instance, the taskbar may be moved to the top of the screen, but it will seem translucent when it does so. This creates the impression that there is more room than there is.

The whole look of the TransLucent theme has been updated, including the fonts, kerning, icons, File Explorer, and other software. The dock, the primary interface element of macOS, is located in the lower-right corner of the display.

The Windows 10 Theme for Windows 7 is up next. This theme brings the look and feels of Windows 10 to your Windows 7 computer, as the name says.

The most crucial Windows 10 features, like the start menu, file explorer, and taskbar, are all present and identical. This theme is a no-brainer for those who desire a taste of modernity on Windows 7 without the hassle of upgrading the OS.

Because it is a system-wide theme, Windows 10 Theme For Windows 7 may update everything from wallpapers to system apps like Control Panel.

This theme is also available for download from DeviantArt, with applications requiring the same steps as before.

In the same vein as the rest of the minimalist movement, Windows 7 may be reset to a completely blank slate. The Minimal White Theme removes all colors from Windows 7 and uses black vector icons with matching backgrounds.

Many people may find the Minimal White Theme boring. The kindest thing I can say about it is that it’s simple.  Instead of using the built-in black-and-white theme choices in Windows 7.

This is the best choice if you want Windows 7 to eliminate the additional colors. If white isn’t your thing, arsonist1234 also created a minimal black theme.

A minimal and see-through taskbar that complements the provided wallpaper. The system incorporates both of these functions. Changes have been made to simplify and modernize File Explorer.

Icons outside of the usual have also been modified. One noticeable change from the usual Start Menu icon in Windows 7 is that it becomes a little right-angle consisting of multiple tiny squares.

The last option, Placebo for Windows 7, changes the look of Windows 7 in important ways. It gives Windows 7 eight new looks. You can try each one to see if it works better for you.

Even better, there are a lot of differences between the types in terms of color, intensity, and orientation. To aid viewers with color blindness or other visual impairments, certain Placebo aesthetic designs use high color contrast.

Some are made for those who like a more subdued Windows 7 aesthetic, with bright accents that give your eyes a rest.

There are borderless options in the Placebo Windows 7 theme pack, and you may move your taskbar to the top, left, or bottom of the screen if you choose.

Another fantastic Anime-inspired Windows 7 theme is Naruto-Akatsuki, which is up next. This design was made just for millions of Naruto fans, as the name implies.

This Akatsuki theme pack provides you with a wide variety of anime-inspired resources, including 30+ high-definition wallpapers, exclusive icons, and even background music from the show.

VS Black is another excellent dark Windows 7 theme; you should try it. Its name pretty much says it all. The color scheme consists mostly of dark black tones with very faint hints of green throughout.

It is obvious that the theme is not appropriate for everyone; nevertheless, if you like themes with a predominance of black, then VS Black will most certainly wow you. The theme will be applied to your Windows 7 desktop, file explorer, and taskbar menu.

The next thing on the agenda is something for everyone who loves the Dishonored Games series. The HD theme for Windows 7 includes fonts, designs, and wallpapers that, when applied to your computer, will give it an appearance similar to that of the Dishonored video game.

In addition, the Theme will alter the fonts and the backgrounds of the folders. However, you can only modify the icons of software and applications that come standard with Windows 7, such as the control panel.

Although you can get the theme from Deviantart, you’ll need to have UltraUXThemePatcher installed before you can put it to use.

Important Windows 7 features, such as the Start menu, File Explorer, and Taskbar, remain identical to their Windows 11 counterparts in Windows 10 Theme For Windows 7.

For a quick summary, Windows 11 Theme For Windows 7 is the best way to enjoy Windows 11 OS on unofficial hardware. A comprehensive installation tutorial on the download page ensures everything goes well.

Minimalist Windows 7 skins have gained a lot of popularity recently. One of the simplest Windows 7 themes is the Translucent one. This skin removes Windows 7’s visual clutter to make it seem fresher.

This theme’s minimalist aesthetic has been likened to that of macOS. As a result, you benefit from the highest qualities of both worlds.

You can’t see the taskbar, menu bar, and software windows with this theme. Other parts of the operating system are also hidden. This gives the impression that there is more room than there is. 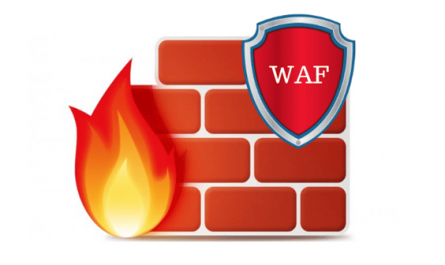