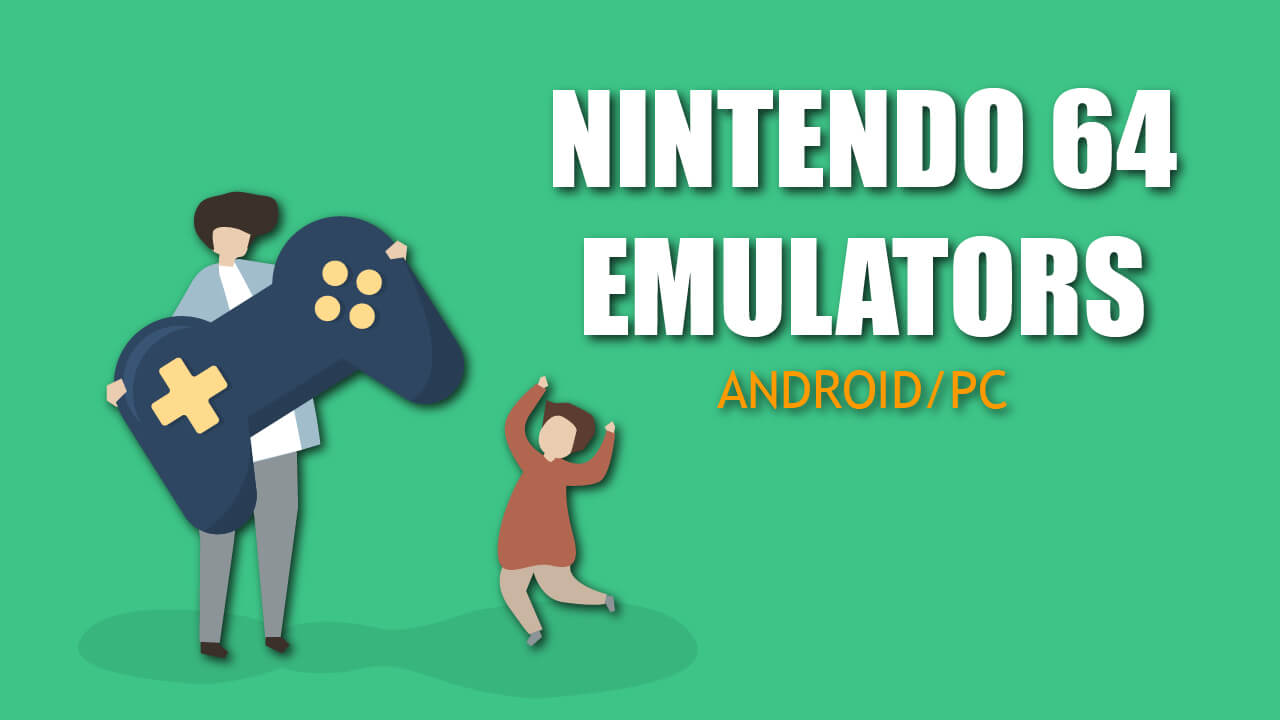 The fact that its central processing unit is 64 bits in size gave the N64 its memorable moniker. Any former owner of the 32.93 million N64 consoles sold worldwide and looking to recapture fond gaming memories of their youth could benefit from using a Nintendo 64 emulator. We have compiled a list of the best N64 emulators for Android and PC.

If you’re curious about the Nintendo 64 era, you may experience it with any high-quality Android smartphone and PC. Here we suggest some of the best N64 emulators for Android and PC.

When it comes to multi-system emulators, ClassicBoy is among the best. It’s compatible with Game Boy systems starting with the original and going as far as the Advance, the Playstation, and the Nintendo 64.

There is a set of features that can be used across all platforms, in addition to those that are exclusive to each. State saving and loading, gesture controls, sensor integration, and more are just a few examples.

We were pleasantly surprised by how effectively the N64 emulator functioned. This is the emulator’s spiritual heir to the original ClassicBoy, and the developer seems to be making steady improvements, so it has the potential to be a fantastic N64 simulator.

Even though it’s a new Android N64 emulator, M64Plus FZ Emulator stands out because of its compatibility with a wide range of Nintendo 64 games. The emulator’s creator has written an excellent manual as a starting point.

If you look at the app’s description on Google Playstore, you can find the guide above. The developers of M64Plus FZ Emulator regularly provide new updates with bug fixes and additions designed to improve the gaming experience.

A further strength of this emulator is its compatibility with plugins, which can enhance performance and visual quality. Unfortunately, compared to the other emulators on this list, M64Plus FZ Emulator is not very user-friendly.

It’s worth noting that Mupen64Plus FZ is one of the more recent N64 emulators available. The interface is also complicated. Plenty of data and video profiles are included in the game.

However, not all profile configurations will allow you to play all games. That device is compatible with a wide variety of games. However, experimentation is necessary. The creator provides a helpful tutorial in the app’s Google Play description.

In addition to the standard emulator fare, the emulator also includes several useful plugins. We suggest starting with this one. It’s still being actively maintained, unlike many others.

Remapping controls, loading cheats, taking screenshots, and saving the game’s state are just a few of RetroArch’s many impressive capabilities. Due to the nature of being an open-source project, RetroArch’s user interface does not have any form of commercial support.

RetroArch’s user interface is a bit confusing, like that of the M64Plus FZ Emulator, but once you get the hang of it, you won’t favor any other N64 emulators.

Tendo64 is the best Nintendo 64 emulator for Android, rounding out the top three. This is not as well-known as the other Nintendo emulators on this list, and it only has more than four thousand reviews on the Google Playstore.

Some of the more notable features of this Android N64 emulator include support for cheats, a customizable button layout, support for hardware controllers, and local multiplayer support.

Tendo64 is multilingual (it handles zip, n64, z64, and v64 files) and has support for more than 20 languages. Finally, Tendo64 has been tuned for Xperia play, so if you own an Xperia smartphone, you may use analog input via the touchpad.

mupen64plus Online is an Internet-based Nintendo 64 emulator. Because it is a web-based N64 simulator, no download or installation is required. You can also access it from any computer with a web browser.

This emulator, for instance, is so lightweight that even a Raspberry Pi can use it. The Nintendo 64 ROM must be uploaded before it can be played.

The Project 64 N64 emulator is considered the best of its kind. It’s easy to relive your favorite games with the help of this software, which works flawlessly on both Windows and Android and boasts a plethora of useful functions.

There is not much of a learning curve associated with this software. Most plugins will work without any additional configuration from the player.

If you want an N64 emulator that faithfully simulates the core experience of playing classic video games on a real N64 console, look no further. The game even allows for cheats and multiplayer modes, so go ahead and use your big brains.

For those who mostly use macOS computers, OpenEmu is the best N64 emulator available. This Mac Nintendo 64 emulator works with various systems, including the Atari 7800, Game Boy Advance, Sega Genesis, Nintendo Entertainment System (NES), and Nintendo 64.

The user interface of OpenEmu is simpler than that of RetroArch, and its collection of N64 ROMs is more organized. Even on older Apple computers, OpenEmu runs smoothly because of Apple’s optimizations and OpenEmu’s minimal resource requirements.

In contrast to the other listed emulators, OpenEmu will search your hard drive for games and begin cataloging them immediately. It also allows you to store the current ROM state.

Like OpenEmu, Retro Arch is a central hub for playing classic video games on modern computers. A front-end allows you to play games and media from various consoles within a single application.

The application has an extremely polished user interface and many different consoles. You just need to find the files you downloaded and start playing. The settings have already been set up for your device.

Users must pay for kernels to take command of the various platforms. However, they can find a wealth of expert-created resources online.

It’s not a prologue to George Orwell’s classic novel, 1964. Another popular emulator, this time with Windows and Android users.

Modifying uploaded ROMs is a fantastic feature of 1964. For the uninitiated, this implies that you can create your own custom cheat codes and modify the levels however you see fit!

Once you choose your own guidelines, you’ll be able to complete all of the previously unbeatable levels.